Exclusive: ‘Challenging the challengers’ – Mobiquity in “The Paytech Magazine”

Challenger or incumbent, how do you keep the flywheel of continuous innovation turning? We asked three experts with different banking and technology backgrounds: a customer experience designer; an established neobank and a baby-faced startup at the forefront of Generation Crypto

Neobanks would have nothing  to rage against – wouldn’t be  ‘new’ – if there weren’t ‘old’  banks that had failed to respond adequately to a world that was changing rapidly around them. They were the neglectful mothers of invention; challengers were the children of necessity.

At least, that’s the way Muhammed Salim, director of product design at one of those rebellious offspring, Revolut, sees it.

“All the fintechs, the new banks that have arrived, they wouldn’t exist if the traditional banks were never there. Perhaps we are the children; we grow and move on but the parents will stay there,” he says of a previous generation that, in his opinion, has reached ‘peak bank’. And, try as they might to impress the kids with new tools and services, it’s a bit like having to watch the embarrassing dad dance.

“What we’re trying to do, all the time, is think ‘what’s going to make a difference?’, so we’re not just playing catchup,” says Mark Hipperson, CEO and co-founder of Ziglu, a next-wave neo that embraces crypto like a native, who was also founder and former CTO of the UK challenger that broke the mould.

“I remember, when I was at Starling, we were the first in the world to design ‘pause your card’ in-app. It was three years later we saw an advert for Barclays, where someone was sitting on a bus  and doing the same – three years behind us, despite all the money those guys  have to do stuff,” says Hipperson. “It comes back to the innovation mindset: making a difference, trying to get things done and having people that  care about customer service. It’s not about making money. Money will come if you do a great job. The mindset  should be ‘how do I put my = customer first and give them something really exciting and innovative?’.”

That’s all very well, if you’re a fintech sitting on a seemingly bottomless pot of venture capital – as many appear  to be – with a long runway, comparatively low fixed costs and no urgency to turn a profit. But when the first and second wave of neos are themselves ‘established’ brands and faced with rivals that are pushing even bigger envelopes, how will they keep the flywheel of innovation spinning?

By relentless focus on the customer, according to VP of global financial services at Mobiquity, Matthew Williamson. The digital enabler is at the cutting edge of transformation, helping to build digital banks (standalone challengers or as part of an established institution’s digital strategy) and its goal is to ‘transform points of friction into sparks of innovation’.

To help achieve this, Mobiquity has developed friction reports, a proprietary method of analysing hundreds of thousands of reviews and ratings from customer feedback channels like the iOS and Google Play stores, to help companies from different industries understand what’s working well and where there is room for improvement.

“For example,” says Williamson, “some users are unable to make payments, or their login page doesn’t load, or the app sometimes doesn’t recognise the user.” Pretty fundamental roadblocks to the customer experience, then – and they’re not limited to incumbent banking apps.

For Salim, consistency is a key cause of frustration. Although it might be easy to view an account balance, it might not be so simple to replace a blocked card, which means an uneven experience.

“The challenge is to make sure that every single app has a consistent flow,” he says. “iOS and Google Material Design have tried their best to unify the experience, but opinions are divided. The way things appear or behave doesn’t appeal to everyone.”

From Williamson’s perspective, the login challenge is one of the biggest bugbears, along with onboarding, accounting for about a third of friction points. Customer service is another contentious area, with issues around how to resolve questions within the app.

“In many cases,” says Williamson, “we find that if people click on a customer service requirement, it takes them out of the app to a webpage or a URL, and then they have to scroll to find the answer. Obviously, it’s good customer experience to solve everything within the app.”

Over the summer, Mobiquity took a deep dive into technical issues and customer service complaints surrounding banking apps across the industry, finding significant user problems with many of them. Williamson believes that making this feedback part of the innovation loop is key to staying relevant.

“Finding the right balance between the risk banks are prepared to take, and the simplicity of onboarding and making payments, is critical,” observes Hipperson. “The Monzos, the Starlings, the Revoluts, and I’d like to think ourselves at Ziglu, we’re trying to get the balance right, to give people a straightforward but secure journey.”

Salim adds: “The way I see it, it’s about convenience and speed to outcome. Convenience means is it accessible; is it informative; does it put users in control? Speed to outcome means how many steps does it take to get the desired result? That applies to onboarding, sending money, requesting information and so on. If you get these two things nailed down, it works.”

It would be wrong to assume that banks have been totally overtaken by fintechs on  innovation, says Williamson, but although they’ve invested in ways to improve customer experience, he says they haven’t always understood the fundamentals.

“It’s about achievable outcomes,” he says. “What are you trying to achieve? Are you trying to make something look fresher, or are you really focussed on customer requirements?” In which case, he says, more collaboration and focus will prevent change for change’s sake.

“At Mobiquity, we find out what our customers really want to achieve, and whether they understand the end user’s needs. If what they do isn’t customer-centric, they’ll only end up with a shinier version of what they had before.”

Salim agrees. “We dig deeper, do the research and make all the small but important differences to a service.”

It’s happened recently with Revolut’s subscription tool. “We ensured that users can block the merchant if they’re not happy,” explains Salim. “And we introduced a warning when their trial subscription is about to end.”

That said, says Hipperson, you do have to have the courage to reach for the ‘next big thing’, even if customer feedback doesn’t dictate it. “It’s the old Henry Ford adage: ‘if I asked my customers what they want, they’d say faster horses’,” he says.

Hipperson points to Revolut as an innovative company with the right balance of customer focus and internal initiative, meaning that sometimes it has to lead users to the Promised Land. Although not a crypto native like Ziglu, Revolut has embraced it.

“You need to do some thinking yourself,” continues Hipperson, “and try ideas with customers to see what they like. That’s what challengers do really well. But that’s not the way with the traditional guys, because the risk committees put a stop to it. It’s that innovation mindset again.”

So, while customer feedback can lead to modifications and improvements, if you want to keep that innovation spark alive, it’s important be clear about wants and needs. A want is often a need, but a need doesn’t always equate to a want.

That approach is embodied in the Ziglu experience, which is based on two underserved areas, namely, crypto and foreign exchange. “We’re giving customers what they want,” says Hipperson, “and they love that they can buy cryptocurrency in three or four seconds, hold it and spend it with the friction taken out of it.“ But,  as crypto takes its place alongside fiat currencies, an account that has no problem handling both and a card that can seamlessly transact in either will increasingly  be what they need.

No high street UK bank has yet dared to go that far, not because the technology doesn’t exist or  because there is no desire among their millions of customers, a significant number of whom will this year have considered, if not actually bought and sold crypto. Incumbents have been dismissive of crypto in the past; now they are assembling teams to explore it and looking to regulators in the UK to create an enabling framework that derisks their inevitable involvement. But when they do run adverts of delighted customers waving shiny dual-currency cards and trumpeting the technology behind it, Hipperson, for one, will be smiling wryly.

On one thing they all agree. As Williamson says: “Innovation is about cultural change with a focus on human centricity: tech for tech’s sake doesn’t solve anything..”

This article was published in The Paytech Magazine #07, Page 53-54 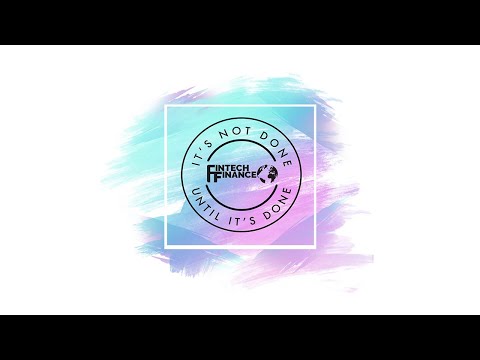